This hotel has been a Canadian favourite for years for its great value and convenient location between majestic Diamond Head and the excitement of Waikiki.

Set in a modern tower, this oceanfront hotel is adjacent to both Kapioloni Park and Kuhio Beach Park.

A resort fee covers yoga/fitness classes, Wi-Fi, beach gear and a shuttle to Ala Moana. Dining options include a surf-themed restaurant with live music, a sushi bar and a cafe. There's also an outdoor pool with a sundeck. Parking is available (fee).

Across the street from Waikiki Beach, next to Kapiolani Park and Honolulu Zoo. Selected rooms have spectacular unobstructed views of Diamond Head and the Pacific Ocean.

Inclusions subject to change without notice at the discretion of the property. Some restrictions may apply.

This resort is well known for making an ordinary event extraordinary. 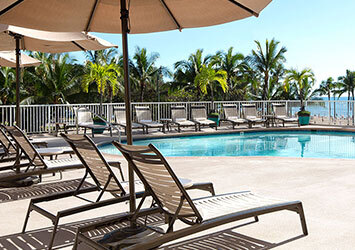 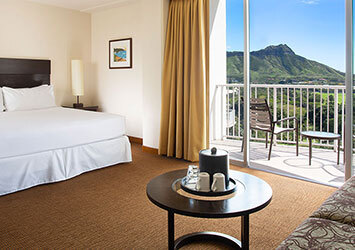 Honolulu, on Oahu’s south shore, is the main gateway to Hawaii and a major gateway into the United States. The city is a major hub for international business, military defense, as well as famously being host to a diverse variety of east-west and Pacific culture, cuisine, and traditions. The name Honolulu means "sheltered harbor" or "calm port".