The Best of Greece Vacation On Sale

The Best of Greece Vacation On Sale 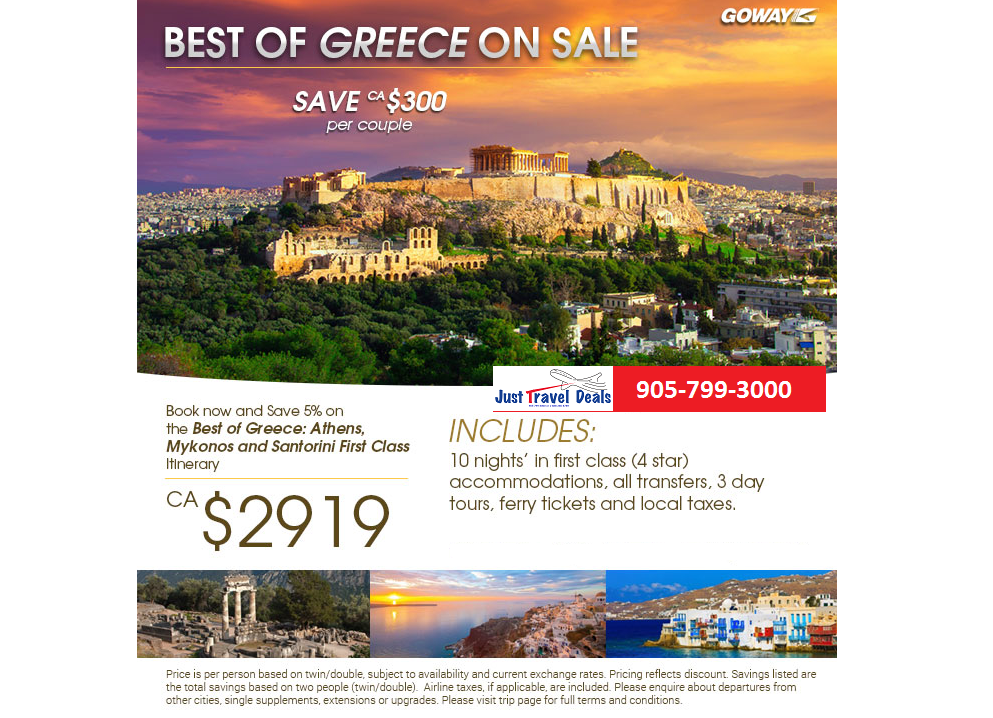 Mykonos is a Greek island, part of the Cyclades, lying between Tinos, Syros, Paros and Naxos. The island spans an area of 85.5 km2 (33 sq mi) and rises to an elevation of 341 m (1,119 ft) at its highest point. The island is composed primarily of granite. It has little natural fresh water and relies on the desalination of sea water in order to meet the needs of its population. There are 9,320 inhabitants (2001) most of whom live in the largest town, Mykonos, also known as Chora, which lies on the west coast. Mykonos is one of the most cosmopolitan islands in Greece, known for its diverse and intense nightlife as evidenced by a vast number of bars and nightclubs. Mykonos is also known for its beaches. The island has an international airport, and is a frequent destination for cruise ships.

London for Less: Three Nights from $509 Per Person!
Scotland Vacations Save 25%
Your Favourite Trafalgar Travel Deals just got HOTTER SAVE 10%
New Europe Itineraries in Scotland, England and France
Get Away Travel Your Way Barcelona & Madrid Vacations
Experience the Christmas Markets of Europe!
EUROPE SPAIN Your Way with Non-stop flights
THE EARLIER, THE BETTER. The price is right for Europe!
Special Fares Alert Air Canada to Germany from Vancouver or Toronto