Is the $25.00 departure tax included with sunwing 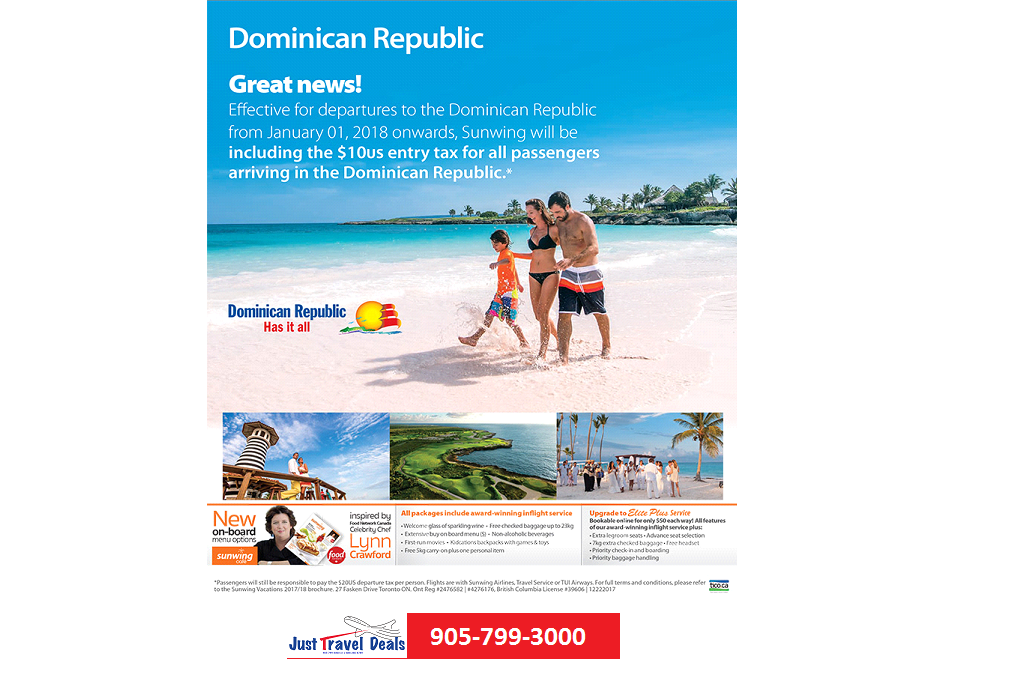 The Dominican Republic is a sovereign state on the island of Hispaniola, in the Greater Antilles archipelago in the Caribbean Caribbean region. Though known for its wonderful beaches, all-inclusive resorts and golfing, it has a varied terrain comprising rainforest, savannah and highlands, including Pico Duarte, the Caribbean’s tallest mountain. For the adventure tourist this Caribbean country offers a diverse countryside comprising tropical rainforests, arid desert expanses, alpine ranges and steamy mangrove swamps. It's a playground for trekkers, mountain bike enthusiasts and water-sport junkies!