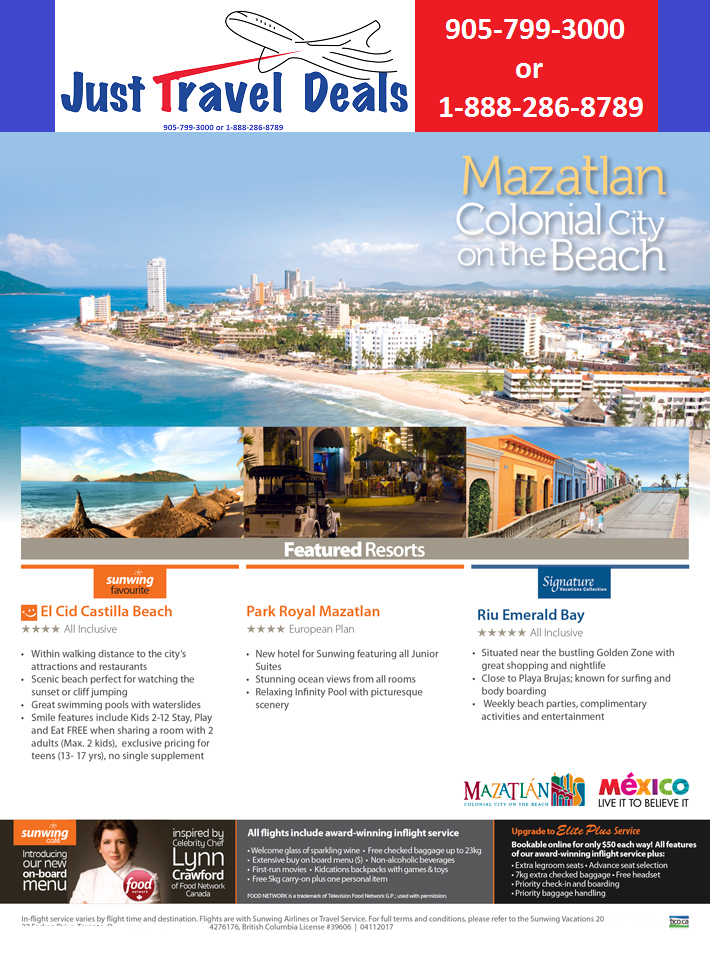 Mazatlán is a Nahuatl word meaning "place of deer". It is a city in the Mexican state of Sinaloa, and serves as the municipal seat for the surrounding ''municipio'', known as the Mazatlán Municipality. The city was founded in 1531 by an army of Spaniards and indigenous settlers. By the mid-19th century a large group of immigrants had arrived from Germany. These new citizens developed Mazatlán into a thriving commercial seaport, importing equipment for the nearby gold and silver mines. It served as the capital of Sinaloa from 1859 to 1873. The German settlers also influenced the local music, banda, which is an alteration of Bavarian folk music. The settlers also established the Pacifico Brewery on March 14, 1900. Mazatlán is a socially and economically diverse city. It is a popular vacation and retirement destination for Europeans, Canadians and Americans, and also provides opportunities for working immigrants.

Mexico is a land of extremes, with high mountains and deep canyons in the center of the country, sweeping deserts in the north, and dense rain forests in the south and east. It is located between the U.S and Central America. Ancient ruins such as Teotihuacan (Aztec) and Chichen Itza (Mayan) are scattered throughout the country, as are Spanish colonial-era towns. In capital Mexico City, upscale shops, renowned museums and gourmet restaurants cater to modern life.

Save up to $1100 at all inclusive Los Cabos resorts
Save up to $1200 at featured resorts in Mazatlan Mexico
HONORING YOUR FREEDOM TRS Hotels Save up to 44% in Mexico & Dominican Republic!
Hi Save up to 50% at the new Sunscape Star Cancun!
The Xcaret Xperience
Save up to 47% at Generations Riviera Maya, A Spa Resort Resort by Karisma
Cancun Mexico Vacations, Hotels, Flights and Cruise Holidays
Save up to $17,000 at Select Caribbean Villas