CHIHULY INSTALLATION Inspired by the sea

This cruise season passengers arriving at Cruise Terminal 4 at Port Everglades will have a chance to do what thousands of people are doing in two hundred art galleries around the world; and that is enjoy some Chihuly.
The American glass sculptor’s wall sconce is the only installation in a seaport in the world and was appropriately influenced by marine life. Dale Chihuly’s pieces are considered “ambitious architectural installations” according to Steven Cernak, Port Everglades CEO and port director. The Coral Glow Persian Sconce Wall installation was inspired by red coral and sea anemones. The floral shapes appear brighter and larger in the lobby wall descending from the second-floor debark area to the first-floor baggage hall. The spiral and herringbone surfaces as well as the exterior lighting create colourful shadows which give the impression of movement. “Like these deep sea inhabitants the artwork appears to be moving with the ebb and flow of its surroundings,”says Chihuly. “I love to be around water. There is no doubt in my mind that water is conducive to thought. Water allows me to be incredibly creative. The connections between water and glass are so unbelievable and so visual.”

Chihuly’s work is at the Metropolitan Museum of Art, the Smithsonian American Art Museum, the Corning Museum of Glass and the Chihuly Collection in St. Petersburg, Florida. Funding for public art installations comes out of the Port Everglades user fees rather than taxpayers. This particular work cost US $250,000 ($325,000). Since January, the port has spent $24 ($31) million in enhancement of Terminal 4 including 50 additional check-in counters, new restrooms, elevators and escalators as well as a high efficiency air conditioning system. 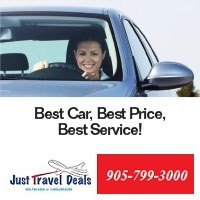 Carnival and Princess Cruises Cancel sailings till May14
Read More