Greece has so much to offer to visitors, it’s no wonder it is one of the world's most popular tourist destinations. Ancient Greece is generally considered the cradle of Western civilization, having greatly influenced the arts, language, philosophy, politics, and sports of western society. If the stay is short, visitors may have a difficult time choosing between Greece's numerous ancient historical sights, the idyllic beaches of the islands, the towering mountain ranges, and the olive orchards in the south. The main touristic regions are divided as follow: - Attica (including Athens)- the Peloponnese- the Greek Islands- Crete- Central/Northern Greece

Greece is a country in southeastern Europe consisting of 2 mainland peninsulas and thousands of islands throughout the Aegean and Ionian seas. It's often called the birthplace of Western civilization, and Athens, its capital, retains ancient landmarks including the 5th-century-B.C.E. Acropolis citadel and Parthenon temple. Greece is also known for its beaches, from the black sands of Santorini to the party resorts of Mykonos. 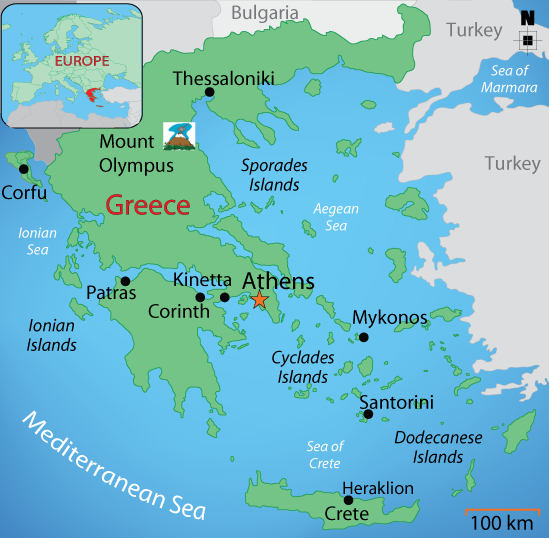